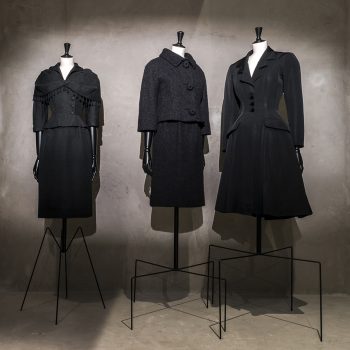 As part of our ongoing series of essays studying the intersection where colour and fashion meet, Address editor Johannes Reponen considers the significance of black in the work of Cristóbal Balenciaga, following a visit to Balenciaga, L’oeuvre au noir exhibition, currently on display at Musée Bourdelle. …read more

5 years ago, Autumn Whitefield-Madrano created a blog titled The Beheld in order to critically explore questions behind personal appearance and beauty. Since then, alongside websites such as Jezebel and Refinery29 as well as an array of independent voices contributing to the dialogues in the field, she has helped to define what criticism means when it comes to writing about beauty. Address editor Johannes Reponen interviewed Autumn Whitefield-Madrano in the eve of her Face Value book launch …read more

From insidious murder weapons to blaze-igniting crinolines, clothing has been the cause of death, disease and madness throughout history, both by accident and by design. For the February book of the month, Address editor Johannes Reponen reviewed Dr. Alison Matthews David’s new book, Fashion Victims (2015) about deathly clothing. …read more

NOT VOGUE represents the next wave of fashion criticism. Challenging traditions by maximizing the opportunities provided by the internet, NOT VOGUE composes ‘poems’ using visuals and sharp statements that critique fashion using its own material as medium. In an email interview, ‘Steven Oklyn’ the pseudonym behind the site, states his polemic on fashion. …read more

Critics are objective, fashion editors subjective in their views when it comes to the fashion shows. Critics explain and contextualise what is worth taking a moment to appreciate, and what doesn’t have any value or worse, when designers completely fail. Fashion editors on the other hand treat the shows as elaborate shopping events, pick things they like. It’s that black and white, right? …read more 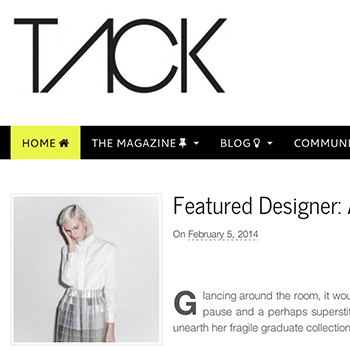 How do you curate an exhibition about a person whose most important contribution to fashion is herself rather than anything quantifiable and tangible that could be captured with mere objects? This was the problem given to curators Alistair O’Neill and Shonagh Marshall in putting together the Isabella Blow: Fashion Galore! exhibition, currently on display at Somerset House until 2nd March 2014. …read more

Booth Moore is a stellar journalist and fashion commentator affiliated with the Los Angeles Times. She is one of the few to use the title fashion critic and she carries it proudly. In the pink glow cast over by the striking façade of the Beverly Hills hotel, she reflected on the state of criticism, her role as a critic and how it has evolved over the years. This is an extract from an interview published in Address – journal for fashion criticism issue two. …read more

MA in Fashion at Goldsmiths

One of the exciting new courses to address fashion from a critical perspective is simply titled MA Fashion based at Goldsmiths University in London. Whilst the title of the course seems rather generic, this 1-year Masters degree asks students specifically to interrogate fashion from the perspective of ethical, social and digital paradigms. Unlike other similar MA courses, importance is not just placed on practice, but also on theory, levelling intellectual and aesthetic/design requirements. The course only started in …read more

Royal College of Art is one of the world’s leading educational institution with a number of degrees on practical aspects of art and design. Therefore, it is a perfect location for counterbalancing degree in Critical Writing in Art and Design that aims to develop literary and intellectual skills required to write about the subject. This two year, full-time Masters degree that has been running for …read more 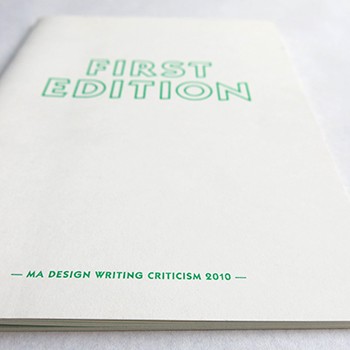 The state of criticism fluctuates according to fashion – one season it’s in, the next season it’s out. In the circles where criticism remains a constant topic of discussion, the ‘death of criticism’ mantra remains a fashionable staple, just like the color black in fashion. Whilst for some industries this might be true, in our clothing obsessed world of pants, skirts and shoes, things are very different. In fashion, the critic ain’t dead …read more

What I’m about to say, I thought would stay between the four walls of the un-judging security of my home. It is as embarrassing as declaring a love for Roberto Cavalli’s aesthetics or appraising Primark for their design merits. I know my statement is bound to arouse intellectual snobbery amongst some but here is goes: I love …read more