Surreal, avant-garde and explicit. These are three keywords that are usually associated with Belgian fashion, which is internationally recognised. A new exhibition open at BOZAR Center for Fine Arts in Brussels  gives a unique historic overview of the DNA of Belgian fashion. The exhibition, reviewed by Address contributor Ezgi Toprak, also highlights the works of several influential players in various fashion and art disciplines. 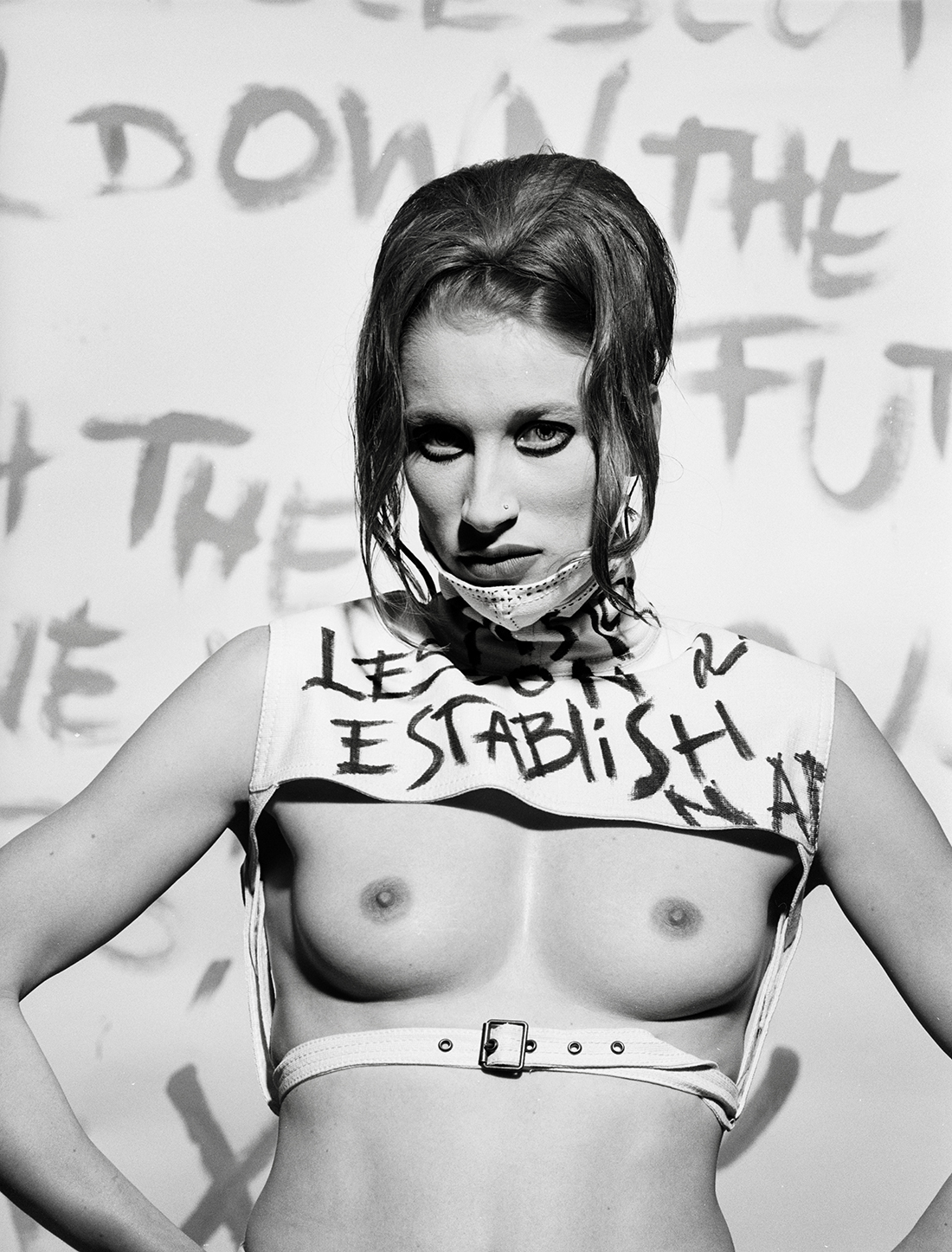 In recent decades, fashion has become more than just clothing. Now it is perceived as a form of expression, loaded with symbolic meaning that contributes to social discourse. From this perspective, it is possible to tell the story of fashion in Belgium.

With a heritage in making lace and wool, Belgium is rarely associated with fashion unlike its neighboring France. Yet, this perception is changing as the country’s fashion scene is gaining momentum. The Belgians: An Unexpected Fashion Story, new fashion exhibition on display until 13 September at the BOZAR Center for Fine Arts in Brussels, sets to address this. By presenting a selection of work done by fashion designers during the last century, the exhibition highlights sense of individuality, creativity and attention to craftsmanship that reveals the country’s fashion DNA.

During the late 1970s and early 1980s, the culturally creative zeitgeist favored innovation and craftsmanship in fashion design as a form of deconstructionism. From the 1980s, a wave of progressive fashion designers hailing from Japan, like Comme des Garçons and Yohji Yamamoto, gained recognition as having revolutionized the fashion scene by making clothes that acted as works of wearable art. This sensitivity inspired the young designers of Antwerp, later called the ‘Antwerp Six’ who created the foundations for progressive fashion style of avant-garde and deconstructionism, now associated with Belgian design aesthetics. 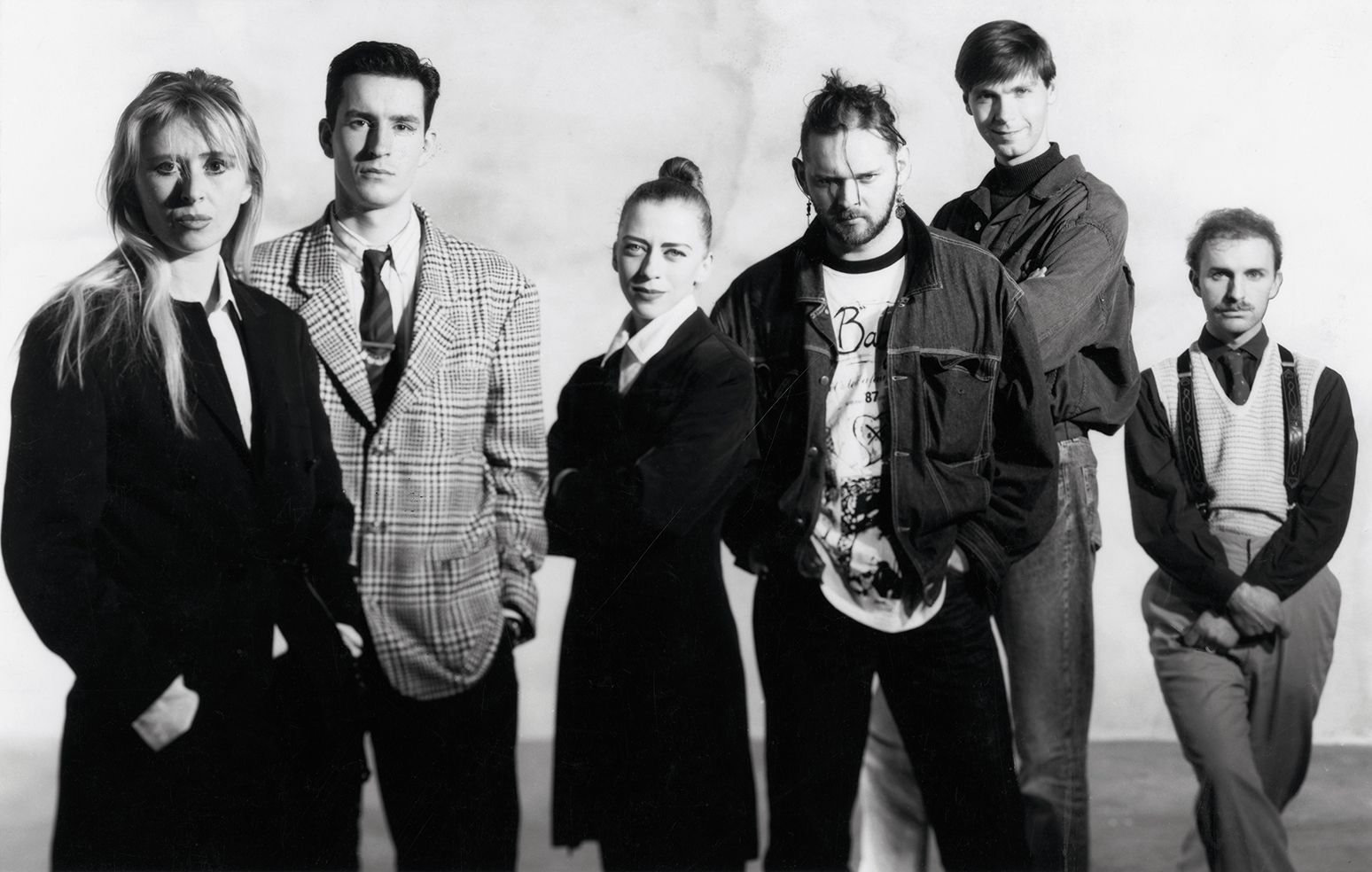 The abstract and impersonal nature of Belgian fashion has later led to the criticism that Belgian fashion does not exist. Yet it is this same spirit of surrealist non-existence as a national and cultural philosophy – think Belgian artist René Magritte’s La Trahison des images “Ceci n’est pas une pipe” – that has had a strong influence on Belgium’s artistic and fashion community. Right from the House of Norine in 1960s to current designers such as Maison Martin Margiela, this style has been unexpectedly prevalent in Belgium. Moreover much of this influence also comes from art oriented fashion education that is central in the country.

The exhibition narrative is told in several thematic sections: the origins, the first fashion houses and the first cautious steps of young designers, the success of the Antwerp Six in the 1980s, the avant-garde generation, the international successes, the fashion schools, the fashion industry, the personal signature of Belgian designers. Each thematic room draws attention to different angles of Belgian fashion, accounting to nearly 100 designers on display.

Visitors to the exhibition are welcomed with an army of mannequins from the 1960 to today that represent the heritage of Belgian fasion. This includes some of the lesser well-known designers such as knitwear designer Ann Saelens and pionering fashion designer from Ghent Yvett Lauwaert, whilst others such as The Antwerp Six – made up of Ann Demeulesmeester, Dries Van Noten, Walter Van Beirendonck, Dirk Van Saene, Dirk Bikkembergs and Marina Yee – is one of the main focal points. This influencial group also provides a timely structural framework for the exhibition, separating Belgian fashion into époques: before and after The Antwerp Six. Graduates from Belgian schools, who made their way to international recognition such as Olivier Theyskens, a Flemish Austrian duo Peter Pilotto as well as Haider Ackermann, who studied at Antwerp, were also included to exhibition, demonstrating that Antwerp Six is not Belgium’s sole export to fashion world. 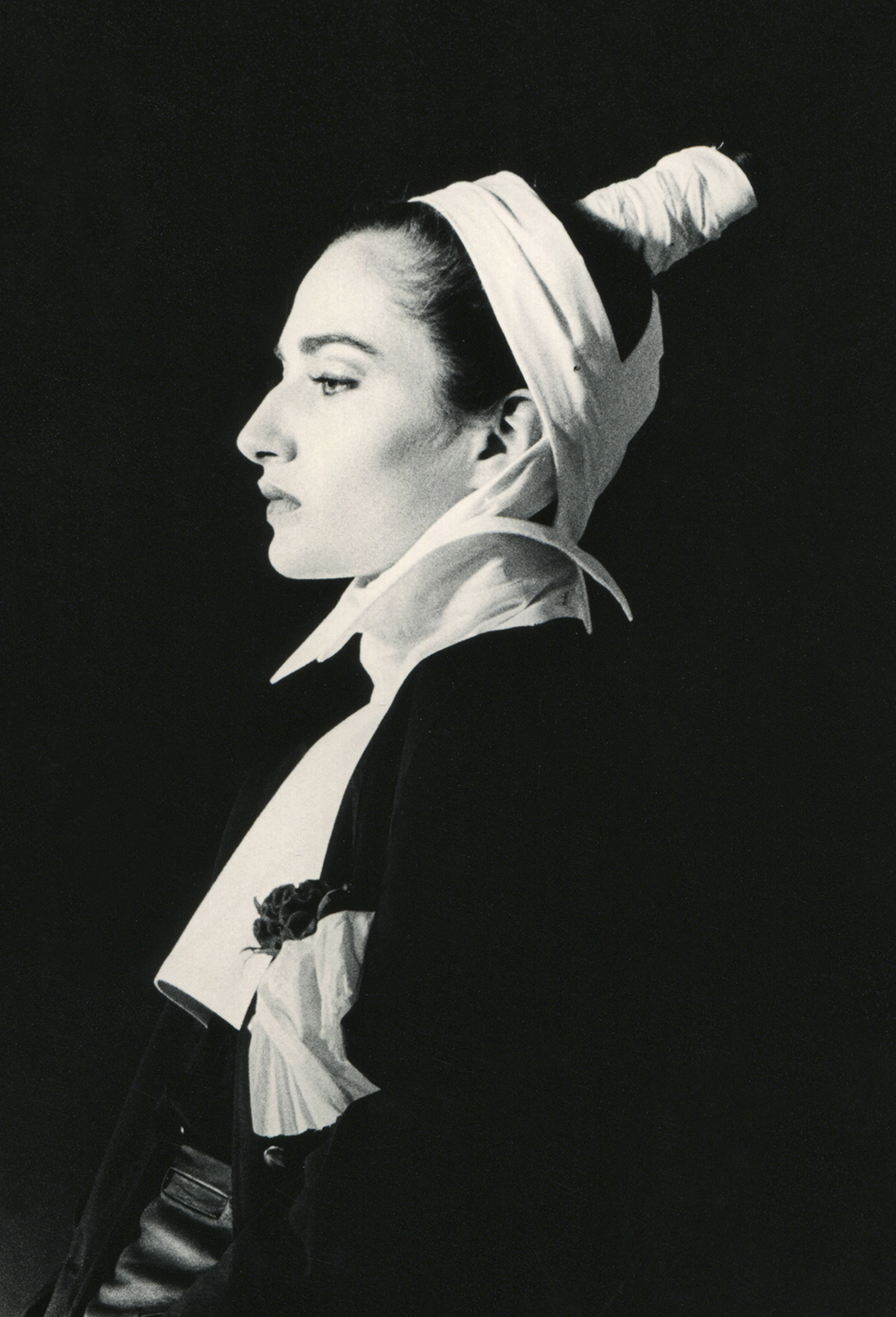 The section titled ‘Portraits’, explores the artistically narcissistic relationship between the designers and their creations. Ann Demeulemester’s personality is reflected with black and white minimalist silhouettes and mascline cuts, her photos displayed in the room together with her creations give same impression of confidence which is reflected strongly in her label as well. Another example can be found in Diane Von Furstenberg, whose self-portraits and signature wrap dress from the 70s are on display to show the relationship between the individual characters of the designers and their creations.

‘Vocabulary’ section explores designers’ signatures, which is told through a selection of clothing, accessories and other accompanying material such as videos and objects. These focus on the sensory experience that goes hand-in-hand with the language of each designer’s personal aesthetic, providing visitors with an insight into their influences. For example, laboratory items contained in the display case highlight Martin Margiela’s experimental and deconstructionist approach to design. In turn, AF Vandevorst’s cross and hospital bed and the video collage of Dries Van Noten’s striking fashion shows provide visitors with a window into their inspirational worlds. 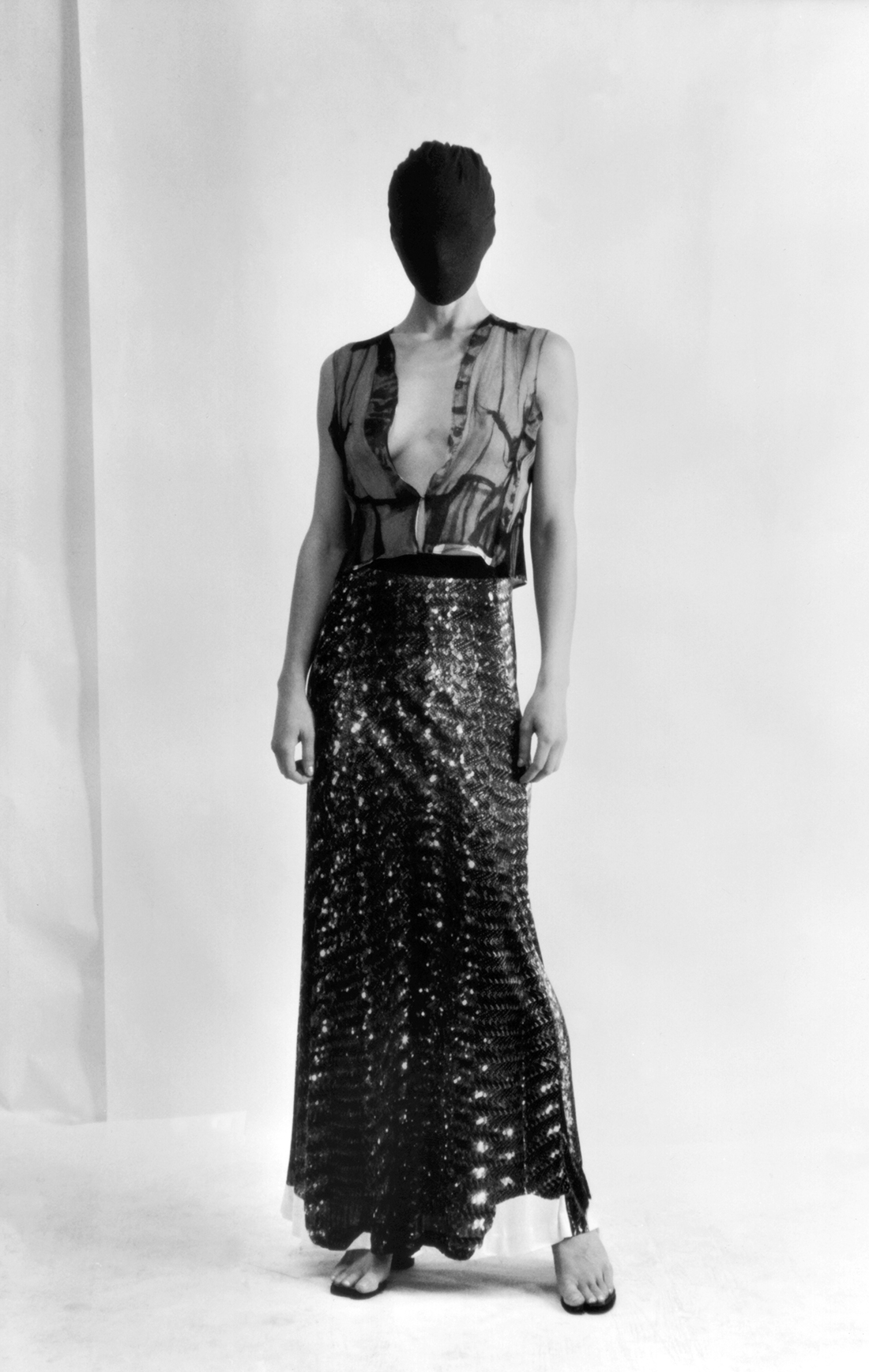 Fashion education and young talent are also featured in the same room with Martin Margiela. Here, on one side, Margiela represents a teacher and, his atelier used as a laboratory metaphor where he experiments fashion. On the other side, students from Royal Academy of Fine Arts – AP Antwerpen, the Ecole Nationale Supérieure des Arts Visuels – La Cambre, the Royal Academy of Fine Arts (KASK) in Ghent, the Stedelijke academie voor Schone Kunsten (SASK) in Sint Niklaas and IFAPME Château Massart in Liège display their inspirations on a large mood-board, which includes their sketches, inspirational images and notes. What is important to pick from this theme is that fashion is taught in art schools, giving it strong artistic foundations. From this display of students’ creations, it is clear that the influential Belgian designers have a strong impression on the younger generations. The 3D designs, unusual prints and materials used together with meticulous craftsmanship expose the artistic residues, in which unexpectedness is presented as Belgian fashion’s heritage.

In this exhibition, the word ‘Belgian’ is symbolically used as a label rather than a geographic demarcation. In a country famous for its multitude of languages and governments, interpreting different styles created Belgian fashion. As a keynote, the exhibition reveals the globally successful current of Belgian designers headed by the likes of Raf Simons, creative director of Dior, and designer Martin Margiela. Despite their humble nature, the Belgians have made their mark by taking a unique approach the fashion world, creating the kind of unexpected, undefinable, non-existent fashion that is celebrated in this exciting exhibition. 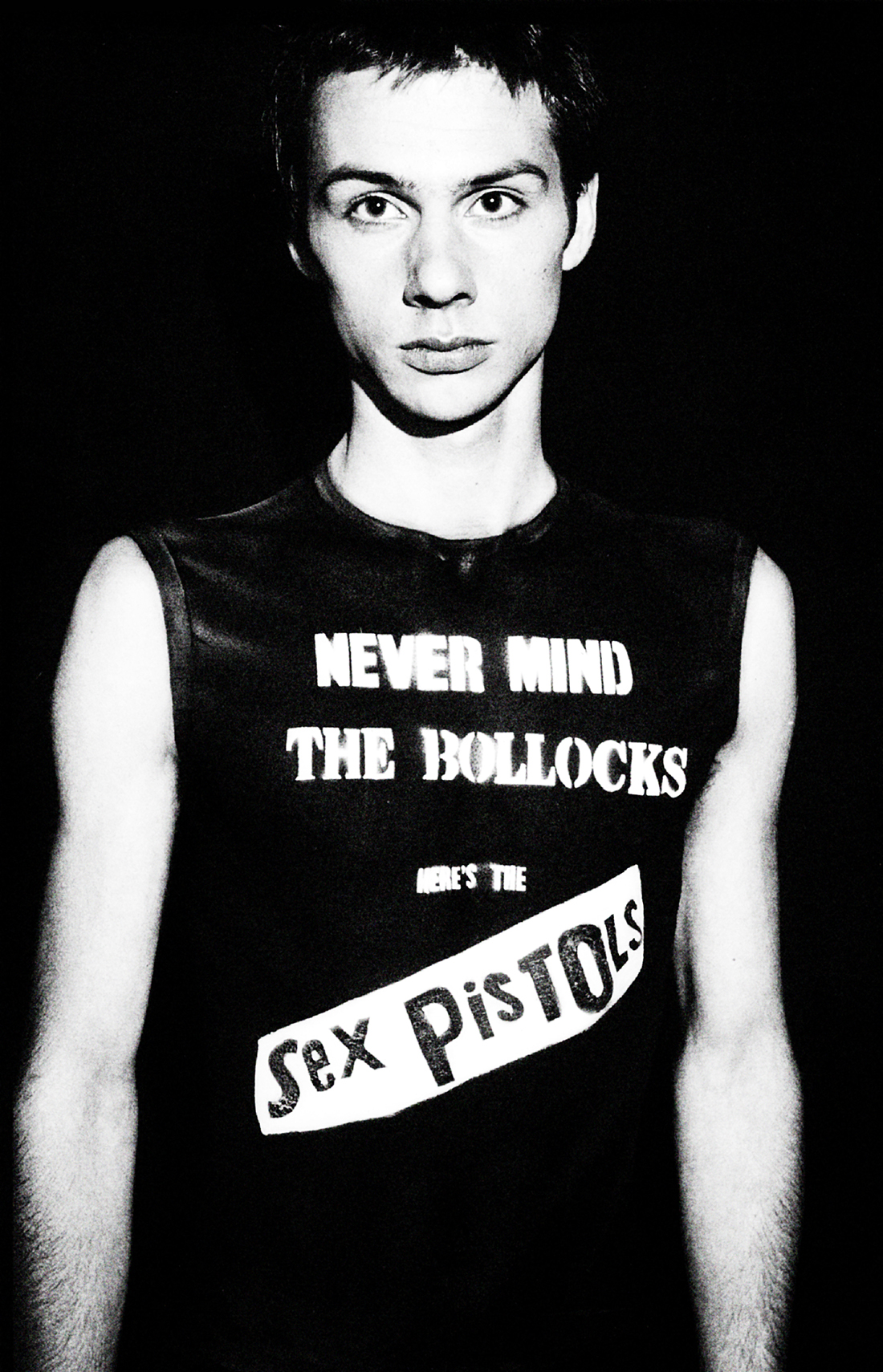 Ezgi Toprak
Ezgi is social anthropologist and fashion scholar based in Antwerp. Ezgi is researching creative practices, products and circulation of fashion from a multi-disciplinary perspective as part of her PhD research at University of Antwerp.