‘Everything but Clothes’ exhibition

The visual identity of Dutch fashion photography formed itself on the pages of progressive magazines such as Avenue, Dutch, BLVD. and Fantastic Man. Now, the relationship between these magazines and photographers such as Erwin Olaf, Inez van Lamsweerde, Viviane Sassen, and Blommers & Schumm is explored in an exhibition titled Everything but Clothes on display at Museum Arnhem. Address contributor Danielle Bruggeman visited the show. 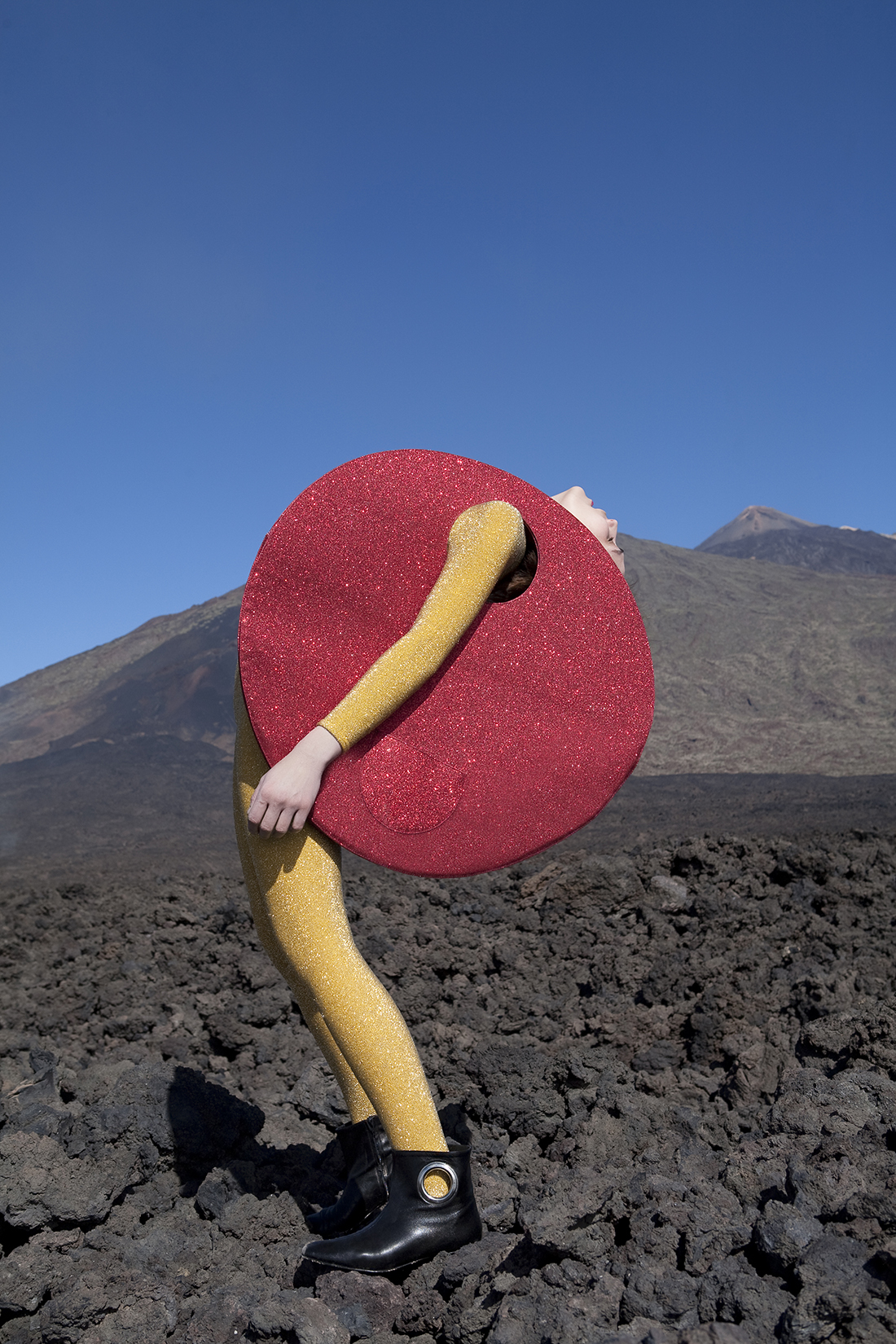 Walking towards Museum Arnhem for the opening of the exhibition Everything but Clothes, I was intrigued by the appearance of a somewhat estranging yet captivating piece of performance art in the museum garden. A couple of young women were singing and performing, theatrically dressed in golden cat suits and silver gloves by Maison the Faux – a label for ‘human wear’ aiming to give ‘a big faux wink’ at people ‘liberated enough to move freely through an often narrow-minded world’ as well as to present ‘a new outlook on masculinity and femininity’. The opening event, with various theatrical performances and music by transgender model and DJ Valentijn de Hingh, already addressed several recurring themes in the exhibition: the blurring boundaries between fashion (photography) and art, a critical reflection on fashion as an imaginary and performative realm, and a visual experimentation with fashioned bodies and gendered identities. 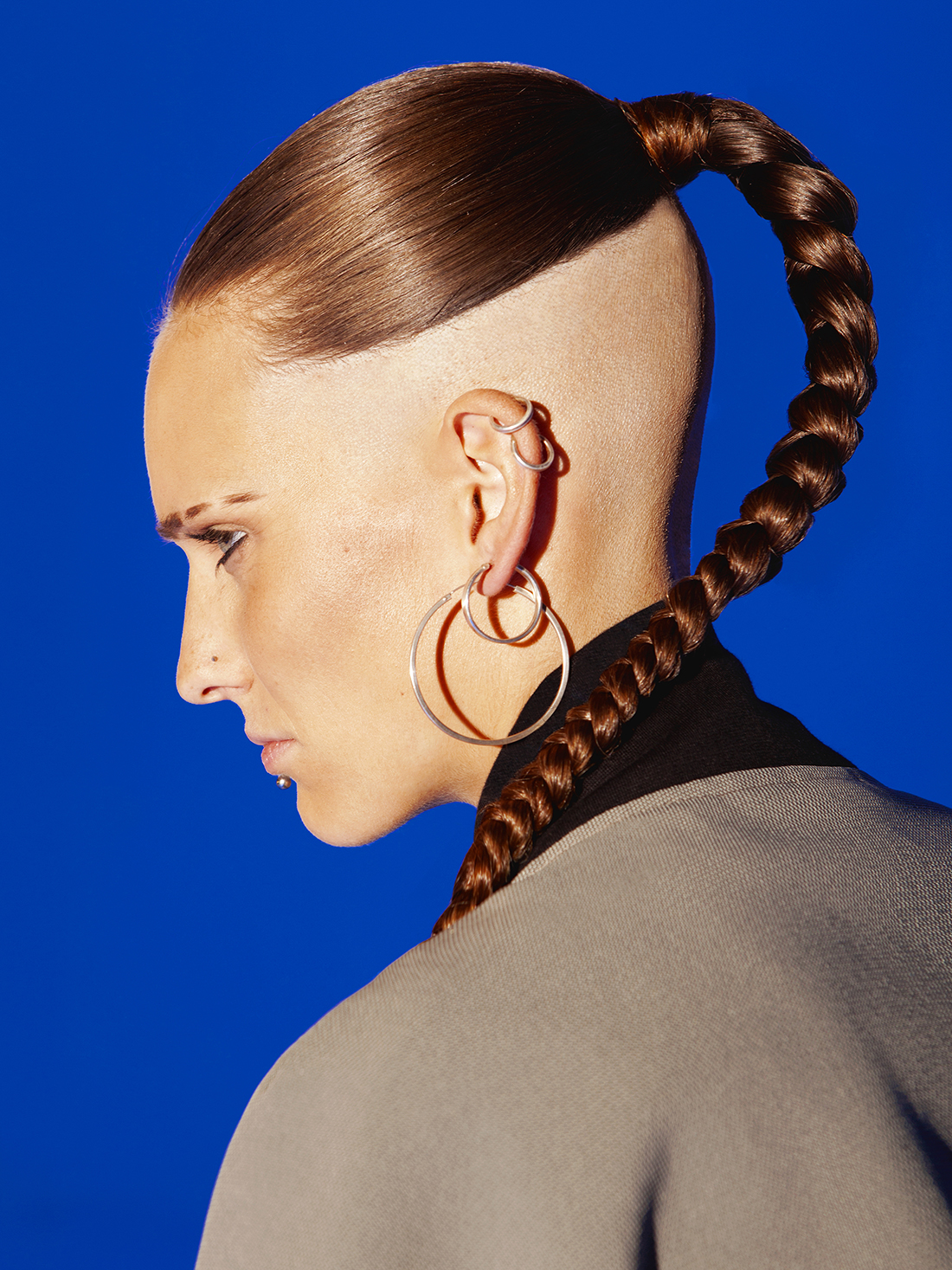 The exhibition Everything but Clothes, curated by Jhim Lamoree, José Teunissen and Hanka van der Voet, is an homage to 65 years of Dutch fashion photography. At the same time, this exhibition reflects on how Dutch magazines like Avenue, Dutch, Blvd., BLEND and Fantastic Man are inextricably interconnected to the rise of Dutch photographic talent. In the exhibition space, designed by Glamcult Studio, with human-size magazine pages displaying work of renowned Dutch fashion photographers, the audience is invited to travel through decades of fashion photography and magazines whilst seeing themes recur over the years, from the work of Emmy Andriesse and Paul Huf in the 1950s to the work of contemporary photographers such as Erwin Olaf, Inez van Lamsweerde, Cornelie Tollens, Matthias Vriens, Viviane Sassen, and Blommers & Schumm today. Interestingly, Dutch fashion photography at first, before the Second World War, visualised ‘Nothing but the Clothes’ as Dutch magazines focused on fashion illustrations depicting new designs by the famous French fashion houses, and putting ‘frugality and functionality first’ (Feitsma 2015: 128-133). Gradually, Dutch fashion magazines and photography emancipated from the Parisian fashion dictate, increasingly allowing the photographers to develop their own aesthetic style. The magazine Avenue, launched in 1965, played an important role in this process of emancipation. Avenue already aimed to move beyond merely depicting the latest designs and presented itself as ‘the guide to the modern lifestyle’, paying attention to ‘developments in fashion, literature, art, travel, love as well as sexuality, career, nightlife, food and shopping’ (Lamoree 2015: 28). From the 1980s towards the 2000s, Dutch fashion photographers transformed into storytellers, privileging stories over displaying fashion. By doing so, they rapidly acquired a more autonomous position ‘that manifested itself in the use of snapshot techniques and the creation of a comprehensive narrative in the 1990s’ (Van der Voet 2015: 42). A movement towards presenting everything but clothes continued.

It is especially due to the use of digital technologies, since the 1990s, that fashion photography often becomes complete fiction. In their editorial work for Dutch magazines, Dutch fashion photographers such as Inez van Lamsweerde & Vinoodh Matadin, Erwin Olaf, Freudenthal/Verhagen and Blommers & Schumm all use digital technologies to experiment, albeit in different ways, with the (clothed) body. For example, Inez van Lamsweerde’s early work in the 1990s already revealed her desire to play with the boundaries of the body, using digital technologies to criticise western culture’s myth of feminine beauty (Smelik 2004). The exhibition illustrates that this play with digital ‘imaginings’ of identity in the field of fashion, with the help of digital technologies, has increased even more recently, as we can see in the contemporary work of video artists such as Pinar & Viola with their ‘Optical Illusions Selfies’ (2013) and in fashion designer Jacob Kok’s collection and video ‘Evolution’ (2013). As the boundaries between the virtual and the real as well as between fashion and art are increasingly blurred, (Dutch) fashion photography is developing towards a more artistic virtual realm, full of interactive playful imaginings and illusions of identity. 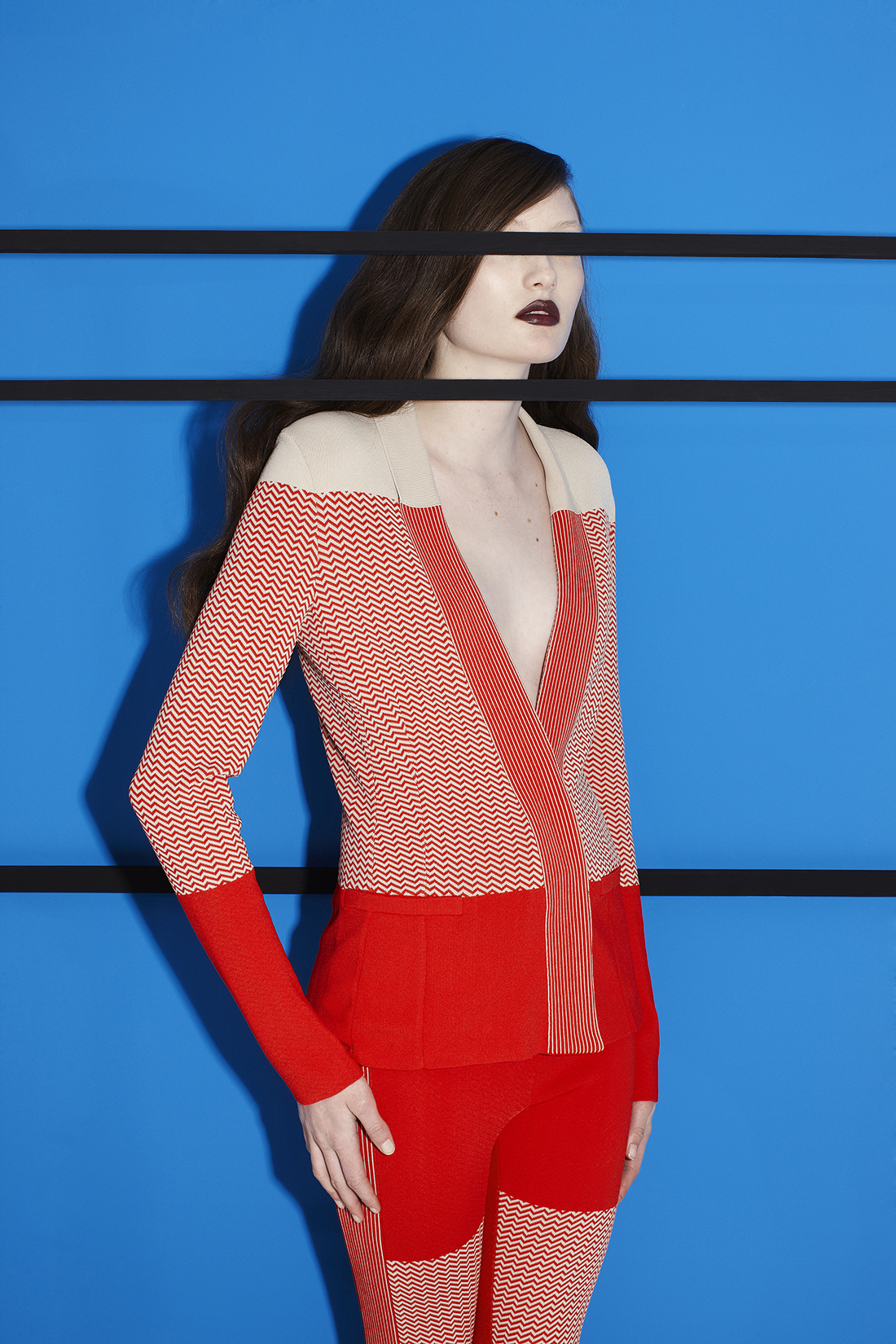 Although this contemporary work of video artists, photographers and designers resonates with important socio-cultural issues in contemporary society, I cannot help but wonder: where does this increased digitalisation and democratisation of virtual fashion media leave fashion’s materiality? While fashion presents itself through the dominant discourse of visual media and digital communication, the actual material objects of fashion often seem to be ignored. In my view, there is an urgency to bring back embodiment and materiality to fashion’s visual, representational domain. Since Dutch fashion photographers have often critically reflected on the phenomenon of fashion, it is perhaps time for them to critique the reduction of the complexities of fashion into mere visual representations. It is time to move beyond depicting everything but clothes, and to revalue the physical, experiential, embodied and material facets of the clothed body.

This review is partly based on my chapter ‘Questioning Identity Through Digital “Imaginings”’ in the exhibition publication Everything but Clothes: Fashion, Photography, Magazines (2015), edited by Jhim Lamoree, José Teunissen & Hanka van der Voet, pp. 78-87, as well as on my PhD dissertation More Than Meets the Eye: Dutch Fashion, Identity and New Materialism (2014). 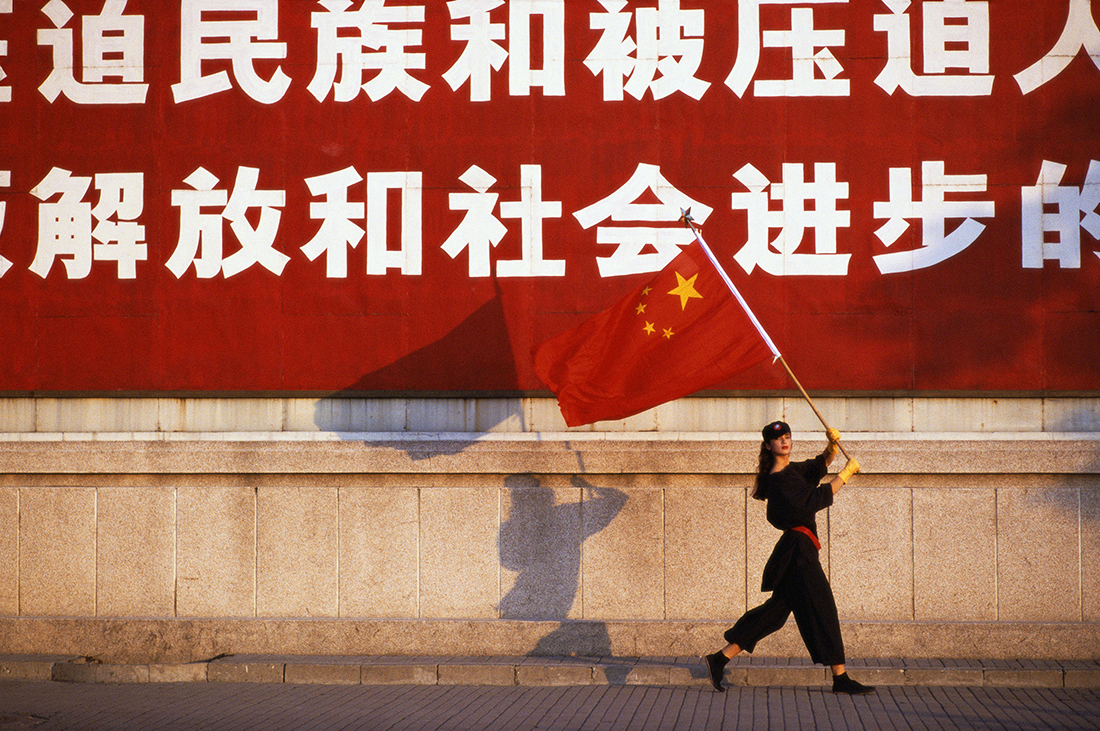 Daniëlle Bruggeman
Daniëlle Bruggeman is a researcher at the Department of Cultural Studies, Radboud University Nijmegen, where she works on a research project on the Dutch company Vlisco, which designs, produces and distributes wax fabrics for the West- and Central-African market. She is also a lecturer at Fontys Academy for Creative Industries in Tilburg, where she teaches courses on fashion, visual culture, and research skills. In 2014 she successfully defended her PhD dissertation More Than Meets the Eye: Dutch Fashion, Identity and New Materialism. She has been a visiting scholar at Parsons, the New School for Design (NYC), and has published on topics like the performative power of fashion, Dutch fashion photography, and lingerie as an expression of post-feminist values.

Tags: Blommers & Schumm, Fantastic Man, Inez van Lamsweerde, Museum Arnhem, Vinoodh Matadin, Viviane Sassen
Posted in UNRAVELLING… | Comments Off on ‘Everything but Clothes’ exhibition
This website uses cookies to improve your experience. We'll assume you're ok with this, but you can opt-out if you wish.Accept Read More
Privacy & Cookies Policy
Necessary Always Enabled